Gorleston also known as Gorleston-on-Sea is a town in Norfolk not far from Great Yarmouth. You will find Gorleston at the mouth of the River Yare and according to the Domesday Book it used to be a port town. This very early port town became an important center as far as fishing is concerned and there were also extensive salt pans which was especially important in order to ensure the preservation of fish. Unfortunately over time and especially during the Edwardian times the fishing industry rapidly declined and this eventually resulted in a situation where the town became a seaside resort. Properties can cost as much as £98,000 if looking for a quick sale.

The civil parish and market town of Thetford is located in the Breckland district of Norfolk. It can be found alongside the A11 road which runs between London and Norwich. This region covers an area of approximately 29.55 km² and just over 25,000 people are living here. Thetford has a very long history since people have settled in this region since the Iron Age. In fact it is well-known that certain parts of this town are older than the Norman conquests. In fact shortly after these conquests Thetford Castle was constructed. Properties in this region sell for approximately £94,000 for a quick cash sale.

One of the cities in England’s Norfolk County is Norwich. It is well-known for the medieval Norwich Cathedral with all of its ornate cloisters. Other tourism attractions are the St. Ethelbert’s and Erpingham gates which provide access to the Tombland area which was once a Saxon marketplace. Also in the vicinity is the Museum of Norwich located at the Bridewell which is an important source as far as local history is concerned. It also provides visitors with exhibits on the textile industry and there is even a re-created old pharmacy which tells the story of bygone times. Properties can be purchased for approximately £74,000.

In 1537 there was a town in Norfolk known as Bishop’s Lynn but the name was then changed to King’s Lynn. The town was also sometimes known as Lynn. Nevertheless this is a market town and also a seaport which is located less than 40 miles from Peterborough, less than hundred miles from London and just over 40 miles from Norwich. King’s Lynn has a population of approximately 43,000 people. Properties in this region will cost approximately £40,000.

The resort town of Great Yarmouth is located on the east coast of England and has become widely known for its long sandy beach. One of the tourism attractions is the Time and Tide Museum which has been instrumental in the tracing of local history. Furthermore there is also the Nelson Museum which concerns itself with the life and military activities of Admiral Horatio Nelson. Many people are also going to the Sea Life aquarium where sharks and penguins can be seen. Thousands of people come to the Merrivale Model Village which has incredible models representing miniature landscapes and buildings. According to property gurus Quick Property Buyer, properties can be purchased for £22,000. 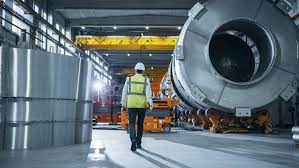 The simplest way to Be Lucrative While Reducing Effort and time!